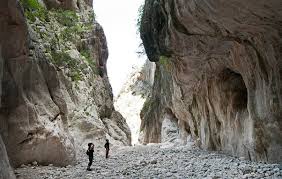 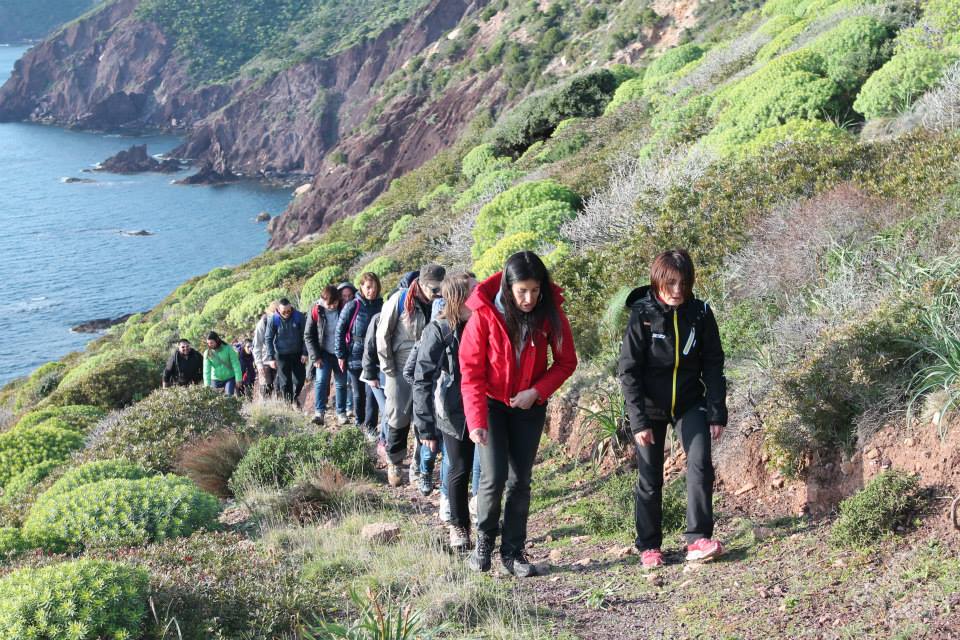 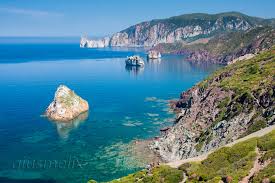 Domestic tourism can be an important incentive for the consolidation and growth of the tourist offer and image of Sardinia. The future of tourism in Sardinia passes, first of all, through the knowledge, skills and sensibilities of the Sardinians. To do this, specific actions and measures are needed that allow all residents to be aware and in various ways become co-stars of the launch of sustainable tourism in Sardinia, perhaps linked to the image of a nuraghe between seas and mountains.

The preliminary phase of the Permanent Tourism Conference “Destination Sardinia 2018-2020” ended last week. In fact, on Monday 23 July, the participatory strategic plan for the development and promotion of tourism in Sardinia was presented in the building of the former Tobacco Factory (Ex Manifattura Tabacchi), as well as the recent tourism law approved by the Region.
The Plan was strongly supported by the Councillor for Tourism Barbara Argiolas and implemented by Josep Ejarque, a qualified Iberian expert in tourism marketing.
Now the prepared document must go to the Regional Council to become operational.
The plan is complex and articulated and contains many operational proposals, which refer to well-known products such as “villages”, “cycle paths”, “cities of bread and oil”, “hiking trails” and more. It leverages the different types of tourism that Sardinia offers. Now it is a question of putting these good intentions into practice, also taking into account the following observations.

In Sardinia the tourist phenomenon is underpowered. This happens for a series of multiple and complex reasons and for causes to be sought inside and outside Sardinia. Among the many I highlight an endogenous one referred to the perception and degree of knowledge that the local population has in terms of tourism. To bridge this limit, we should take action in every community, institution, school to transmit basic knowledge to everyone and aimed at making known, reading and interpreting the resources of the territory and the environment and generating a territorial; and aimed at collaborate and contribute to the direction of a regional development plan, diversified by territories, developing processes of real interaction between coastal tourism and tourism in inland areas.

To make tourism in Sardinia take off, the population must be involved and, where necessary, make it the protagonist of the offer and use of the varied Sardinian products. In my opinion, a mainly economic approach, at least in the initial phase, does not help to overcome the problems reported. The bottom-up process carried out by the Tourism Department (Assessorato al Turismo) was a good start. But it must be brought to all local levels in order to involve the socio-economic and cultural fabric of all the communities in Sardinia territory.
Today, more than ever, tourism must perform a function of strong cohesion, equalization, redemption, relaunch and social identity and it is not right in my opinion to delegate to some technician to understand what he has never experienced on his own skin. It is not right to drop processes and programmes that are not properly understood and coherently discussed, proposed together with local populations. We are lacking in training and internal communication. The Plan provides for the training of indirect tourism operators, such as newsagents, police, taxi drivers and traders. But this is not enough to overcome the fracture and sometimes the contrast between the world of tourism and the so-called civil society. We really need to invest time and resources on this aspect. Often fractures are created, real contrasts that are first of all cultural, linked to the notorious limitations present in our community (prejudices, individualism, mistrust, ignorance, indifference).

What about the internal and external tourism?

In a Region strongly characterized by diversity (real or presumed), where the fragmentation and mortality of many small towns is now daily, tourism can play a decisive role in development and socio-economic recovery. This plan does not speak of this type of tourism in the mistaken belief that it does not have significant economic and socio-cultural repercussions. Instead in my opinion it creates the conditions for this plan to really take off.
Too often we take it for granted that Sardinians know Sardinia and its resources. But this is not true. Many Sardinians know Rome, Naples or Paris better and know little or nothing about Sardinia. For this it would be necessary for the Region to assume the burden of encouraging travel, exchanges and guided tours among the populations of Sardinia and develop a local and social tourism network that allows for:
– to seasonally adjust the flows, especially in the low season and therefore extend the season;
– to guarantee a longer employment for all the tourist staff involved, especially in catering, accommodation, guide and accompanying services, transport services, and entertainment;
– to break down prejudices, favour knowledge, discussion and dialogue between different and distant populations;
– to stem the abandonment of countries and sites, as well as to prevent the human and cultural desertification of entire areas;
– to develop economic equalization, harmonize GDP and promote the circulation of circulating mediums;
– to generate awareness, healthy identity by educating to being Sardinian and sustainable tourism;
– spreading and defending tourism throughout the region for 365 days a year.

An overall effort must be made to educate host communities in order to make them understand the importance of this system and the need to truly network and truly train future tour operators, whether they are directly or indirectly involved in tourism processes. In other words, investing in human capital.
In this regard, it is hoped that DMOs will be activated in all municipalities as information, reception and tourist guide centres or counters, to also ensure a tourist mastery of the territory, optimize local services, and ensure correct and functioning communication, perhaps in collaboration with the Pro loco or with the most qualified schools or associations of the Municipality. Favouring proposals or itineraries of integrated knowledge of the resources and traditions of the respective territories in an experiential and emotional perspective, offering real storytelling of the place. With this in mind, one could think of productively recovering the road or railway stations, or abandoned buildings to favour the diversification and dissemination of services (I am thinking for example about the sections of the green train).

In my opinion, the system you have indicated neglects this aspect as can be seen from the fact that the pro loco and the III sector are almost never indicated among the local actors. A Strategic Plan cannot be developed by addressing mainly commercial enterprises, trade associations or local authorities, neglecting the population and the associations, typical of civil society. The Tourism Department has forgotten that the vast majority of local tourist services of hospitality, guidance, accompaniment and entertainment are carried out by those who are really present in their respective territories and who know better than others its resources and potential, and among these individual operators, associations and committees. They therefore represent the natural “glue” between tourists, tourists and territories / communities. It would be appropriate to consider their important role and insert them fully in the tourism planning bodies both at local and “regional management” level and to communicate those who indicate “what should be” with those who are an expression of reality, that is of “what you really do”. Another devastating aspect is the absolute lack of suitable signage and multilingual information signs and as regards the tourist staff, the not always adequate training on foreign languages and transversal skills (which are often not seen or not there).
Finally, another shortcoming is the precariousness of connection services with tourist areas and sites, especially in the interior of Sardinia. Just think of what and how many problems a tourist, without his own car, encounters, wishing to visit Barumini from Cagliari or Sassari and making use of public services!

Cultural, archaeological, speleological tourism and social tourism appear undersized in the narrative of the proposed plan.
Sardinia offers no less than 15,000 sites of tourist interest (including nuraghi, sacred wells, tombs of giants and other vestiges of all historical periods). It is one of the territories with the highest number of archaeological sites in various eras in the world. This is a resource that, despite good intentions, appears to be very neglected. How many and which sites are “fully operational”, made accessible and usable? How many sites are neglected or not properly exploited? I am thinking of Cornus, Tuvixeddu, (Which could well be a UNESCO site and which instead is managed by the public green of the Municipality of Cagliari) Su Crocefissu Mannu di Sassari and many other dozen sites of various eras and of great importance that are ignored! Not to mention the attractions of naturalistic type, endemism, geological peculiarities. Wealth of fossils, minerals, caves and mines or linked to our diversified and multiple sacred or profane traditions, to our stories and legends.
Of course, I know that there are other and different entities that have ownership in this matter and that very often there are a thousand difficulties to overcome. But if things ever begin to change, they will never begin to change.

With regard to the professions of Tourism, in order to overcome the block of registrations, it is strongly requested that the Tourism Department organize competitions (qualifications and exams) for those who want to work in this sector (graduates and graduates), both as a Guide Tourist, that GAE, Reception Operator and Tour Leader. In fact, pending the implementation of the hypothetical national law for the reorganization of professions, Sardinia, precisely by virtue of its specialty, could amend law 20/2006 and give tangible help to the desired relaunch of tourism in Sardinia. It seems inconceivable that the RAS has never bothered to set up examinations for Accompanying and Operator of the incoming.

Furthermore, it would be the case that Sardinia presents itself for what it really is, that is “Almost a continent”, “Homeland of an ancient civilization”, “Centre of the Mediterranean”, “Differently unique”, able to offer a type of ” Exclusive tourism for all” and offer its destinations with highly emotional and experiential approaches, stories and narratives that only adequate training can provide local operators. In this regard and in relation to the Sardinia Brand and its graphic creation, I break a lance in favour of the “Nuraghe, between sea and mountains”.

Moreover, it would be good to remember the sense of belonging to a community and a culture that only a healthy ethical / deontological training action can consolidate or root in all operators in the belief that when the tour operator presents himself to the public, he is not representing only himself but his community of belonging. In the sense that his way of operating, what he will say and how he will say it will have incredible effects (comments, evaluations and judgments) that will go far beyond the figure of the individual operator but will inevitably fall on the entire image of Sardinia with effects, depending on the cases, very positive or devastating on Destination Reputation. This sense of responsibility that I would define ethical is scarcely present among our operators, at all levels. This needs to be understood by all those who work in tourism. But perhaps this is another problem …

Overall, the plan is well structured especially in the part of inclusion, innovation and competitiveness (Sardegna Premium), in the part of the TurismUP, awareness raising, the Product-Destination and Product-Territory Strategy, in the Branding strategies (Sardegna Ambassador) of Marketing (CRM Plan) and in the marketing distribution (Welcome Guest Card), DMC, DMS. In the part of the Markets and Targets China, Brazil, South Africa, India are not mentioned: is it a simple forgetfulness?

Previous Post
The project starts on Friday 10 July from the Necropolis of Tuvixeddu in Cagliari.
Menu