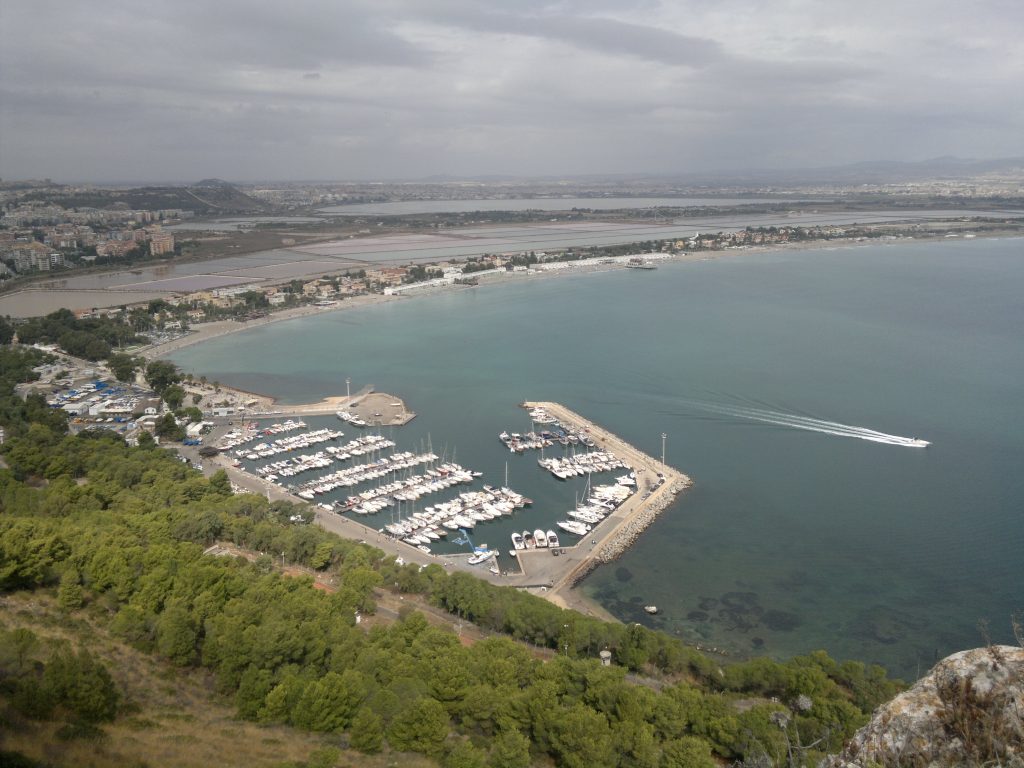 The history of Cagliari starts from Marina Piccola area

A reflection on what our eyes cannot see…

It is said that history began with script and therefore, all those civilizations and cultures which didn’t have it were considered to be part of prehistory. This is also because has not been proved yet that Neolithic and Nuragic peoples had a script.

But what is the writing really? It’s one of the noumeros forms of communication, perhaps since more than 5000 years the more practical one, however not the only one.

There are many exemples of civilizations and cultures which didn’t use the writing. However they passed down an incredible amount of memoirs, signs and symbols, which, even today, we are not able to fully understand and study. Just to mention one close to us…I’m thinking about the Neolithic and Nuragic civilization. In Cagliari there has always been very little talk of this period. Among the few who have done so we must mention Prof.Enrico Atzeni, illustrious scholar of Sardinia’s Neolithic, to whom all our esteem and gratitude goes.

But why has prehistory been so little investigated?

The answer is could surely be that studying historical civilizations is undoubtedly easier. This is due to the existence of the vast literature of studies and of the greater presence of archeological finds attributable to Phoenicians, Punics and Romans; all civilizations that used writing.

Among other things, two very important aspects must be pointed out. The first is given by the fact that very often the civilizations that have succeeded each other in a given territory over the centuries have become stratified. They overlapped one another with buildings, roads, necropolises and temples which frequently re-used the previous material, walls, columns, bases and so on. They even used to modify the spaces and the architectural lines of those same buildings. Cagliari is a tangible exemple of this phenomenon as it has lived on itself for over 2000 years. Who prevents us of thinking that under the buildings of the Castello area, the Castle of San Michele, the Lighthouse and the Tower of Calamosca, the Tower of Sant’Elia or the Fort of Sant’Ignazio, there were no pre-existing prehistoric structures? The second aspect is given by the fact that Sardinia is the region of Italy and perhaps of Europe where the evidence of prehistoric civilizations is most visible.

Therefore, even the territory of Cagliari could be involved in these two aspects, especially when we take into consideration its strategic position. Yet this evidence is not sought, protected and valued. Why?

Moreover, if we want to find the traces of these archaic civilizations we should push our eyes away from the monumentality of the Roman and Greek temples to which we have been accustomed by a certain classical iconography.

Consequently, we need to get used to observing with greater attention the reliefs of the territories, the type of land, the presence and position of plants, the type, position, orientation of boulders and rocks of which megalithic cultures have made extensive use. In other words, we need to reinterpret and reread the places with a different look.

But what have the peoples who preceded this history transmitted and communicated to us?

Surely a lot, even if little understood. Certainly, a deeper reletionship with the cycles of life and seasons, with nature, environment, climate and weather events. But to answer our question we must, first of all, arm ourselves with a certain imagination and think of physical places that are very different of those which are before our eyes today.

In fact, the Gulf of Angels, now covered by the sea, in which the promotory of the Devil’s Saddle stands out in the arc, about 12.000 years ago was mostly land surface (in fact the sea was placed more than 100 metres below the current line) and the Poetto Beach did not exist yet. Moreover, it should be noted that some huts from the ancient Neolithic period (between the 6th and 5th millenium BC) were found in Marina Piccola and in close proximity to the current parking area. Among other things, these huts probabily represent the oldest prehistoric outdoor station in Sardinia. Artifacts from the same period have also been found near the Devil’s Saddle, both in Colombi’s Cave and, not far away, in Sant’Elia’s Cave (now no longer visible). But what were these finds? Obsidian arrowheads, scraper blades, fragments of pottery decorated with shells (cardium pottery), elements of nacklaces and remains of food. The funny thing is that most of these finds are kept in the Pigorini National Museum of Prehistory and Ethnography in Rome (Why are they not in Cagliari?).

An old friend of mine used to tell me: “Tempus regit actum”, that is, time measures the meaning and the values of things.

The fact that the Neolithic or Nuragic works last over time and resist better than those created by civilizations that made extensive use of writing could have some meaning?

The real problem is that we can’t read them correctly or interpret them properly. That’s all.